The U.S. Army Is Going to Blow Up This Ex-Saudi Airlines Boeing 777 Jet – Counter-IED Report

The U.S. Army has hired a private contractor to fly an old Boeing 777 airliner from Saudi Arabia to the United States just so it can blow it apart. It may sound like a piece of the conspiracy at the center of a Hollywood spy thriller, but it’s actually part of an arrangement to help the Department of Homeland Security see how the plane might respond to a terrorist’s bomb or some other explosive incident.

On May 31, 2018, the Army’s Aberdeen Proving Ground in Maryland announcedthat it had finalized the contract, worth nearly $1.5 million, with Clear Sky Aviation, LLC of Tucson, Arizona via the U.S. government’s main contracting website, FedBizOpps. 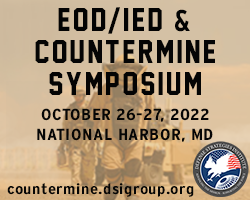