From the balcony of a mosque in Lebanon’s southern town of Abbasiya, a group of townspeople have been anxiously monitoring their orchards for two decades, as the land was planted with mines by the Israeli army before its withdrawal in 2000.

Unfortunately, Lebanese authorities failed to clean the orchards and spare the town’s residents from the fears of mines.

Mohammad Shehab, a social activist in the town, told Xinhua that the minefield, which is near the barbed wire border fence separating Lebanon and Israel, has an area of about two square kilometers and contains about 5,000 mines and cluster bombs. 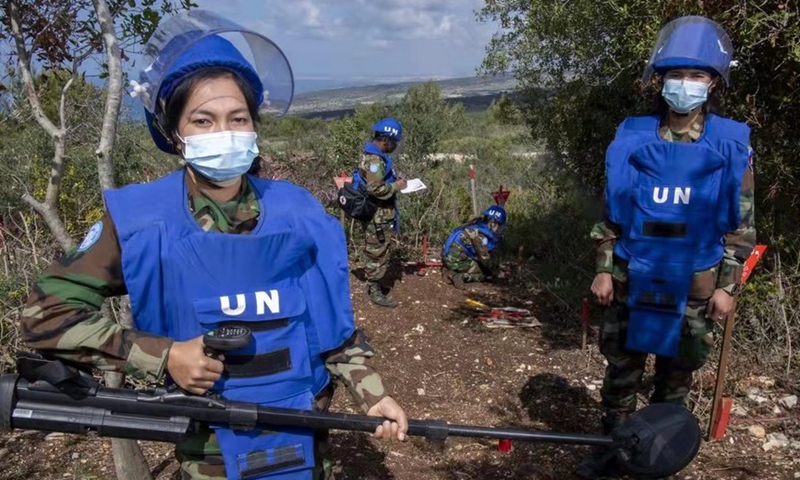