Officers from the police’s bomb squad rushed to Ta Chuen Ping Street in Kwai Chung and detonated a suspected bomb placed in a phone booth there.

The device was detonated around 5.30pm today. A bang and white fumes emanated from the phone booth after it was detonated by a wheelbarrow robot – a robot used for bomb disposal.

A resident reported the finding to police at 3.49pm today after spotting two rectangular packages in the size of a palm in the phone booth. 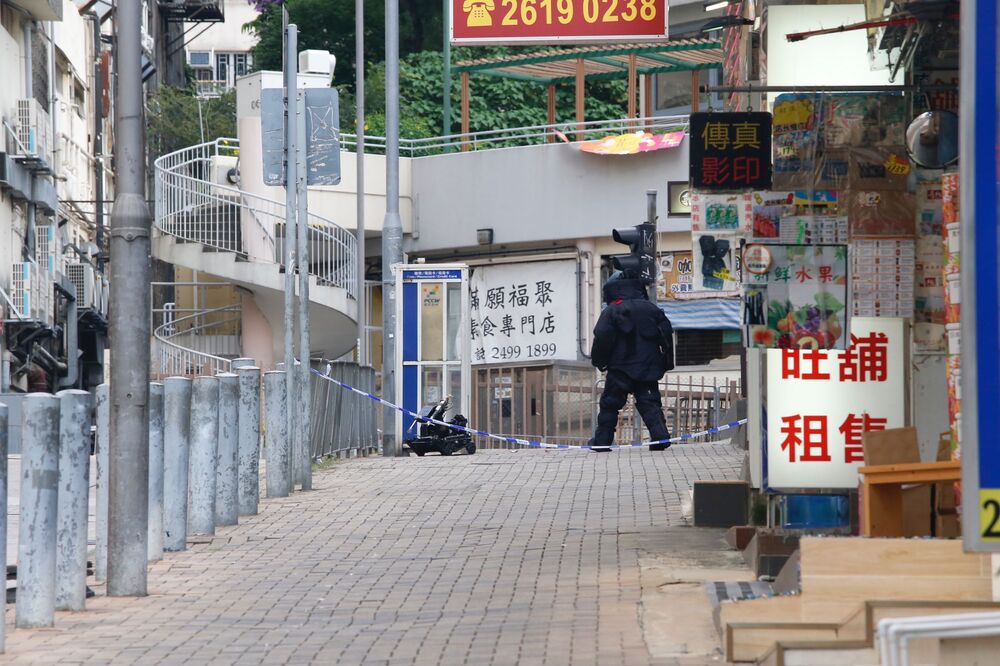