Three people were killed and several others hurt as the bus in which they were riding rolled over an improvised explosive device in Koromey, Mandera County-Northern Kenya

Confirming the incident, Regional Police Commander Rono Bunei said that those who sustained injuries were treated at the Mandera County Referral Hospital.

Witness-related photos from the incident showed the badly mangled wreckage of the bus which had overturned from the impact. 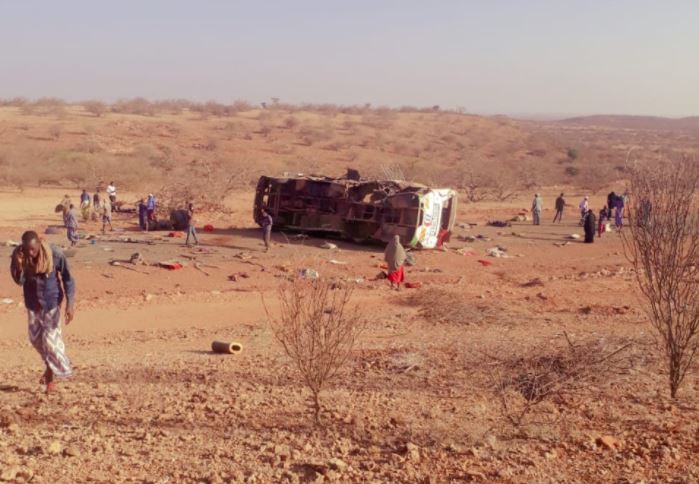 Image: The incident left three people dead and 10 others injured. The Standard.