A top commander and improvised explosive device (IED) expert was among the three terrorists of Jaish-e-Mohammad (JeM) outfit killed in an encounter on Friday morning in the Kulgam district of south Kashmir.

He was responsible for a large number of attacks on security forces, including an IED attack. Three soldiers were also injured in the encounter and were airlifted to the military hospital in Srinagar. 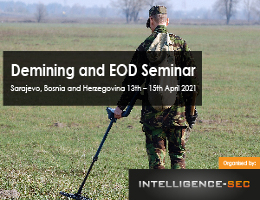