During the demonstration, the OPD Hazmat Devices Unit showed the work of one of their two remote controlled robots pulling a piece of plastic that represented a fake pipe bomb away from one area at the facility and bringing it to another part of the parking lot. 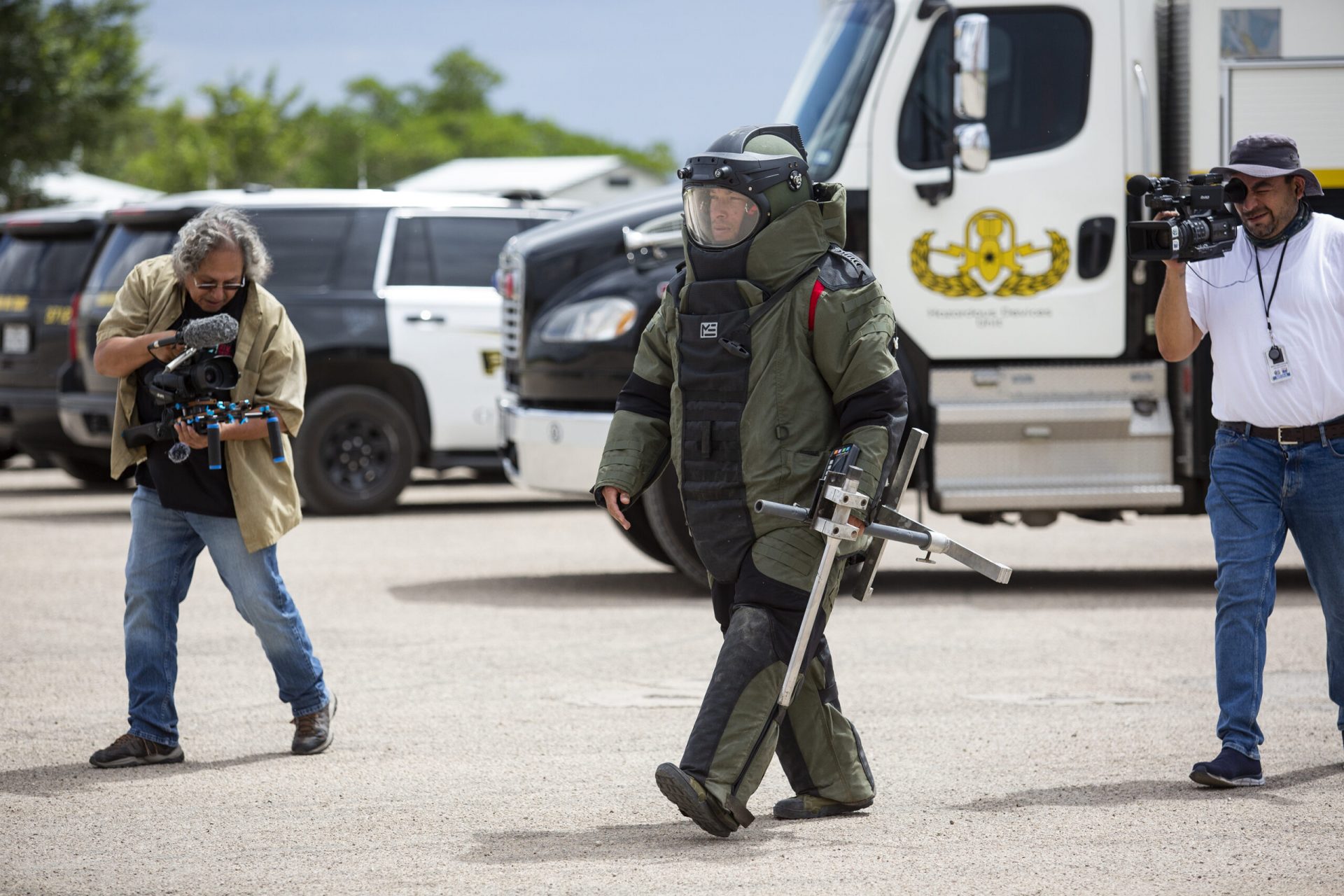 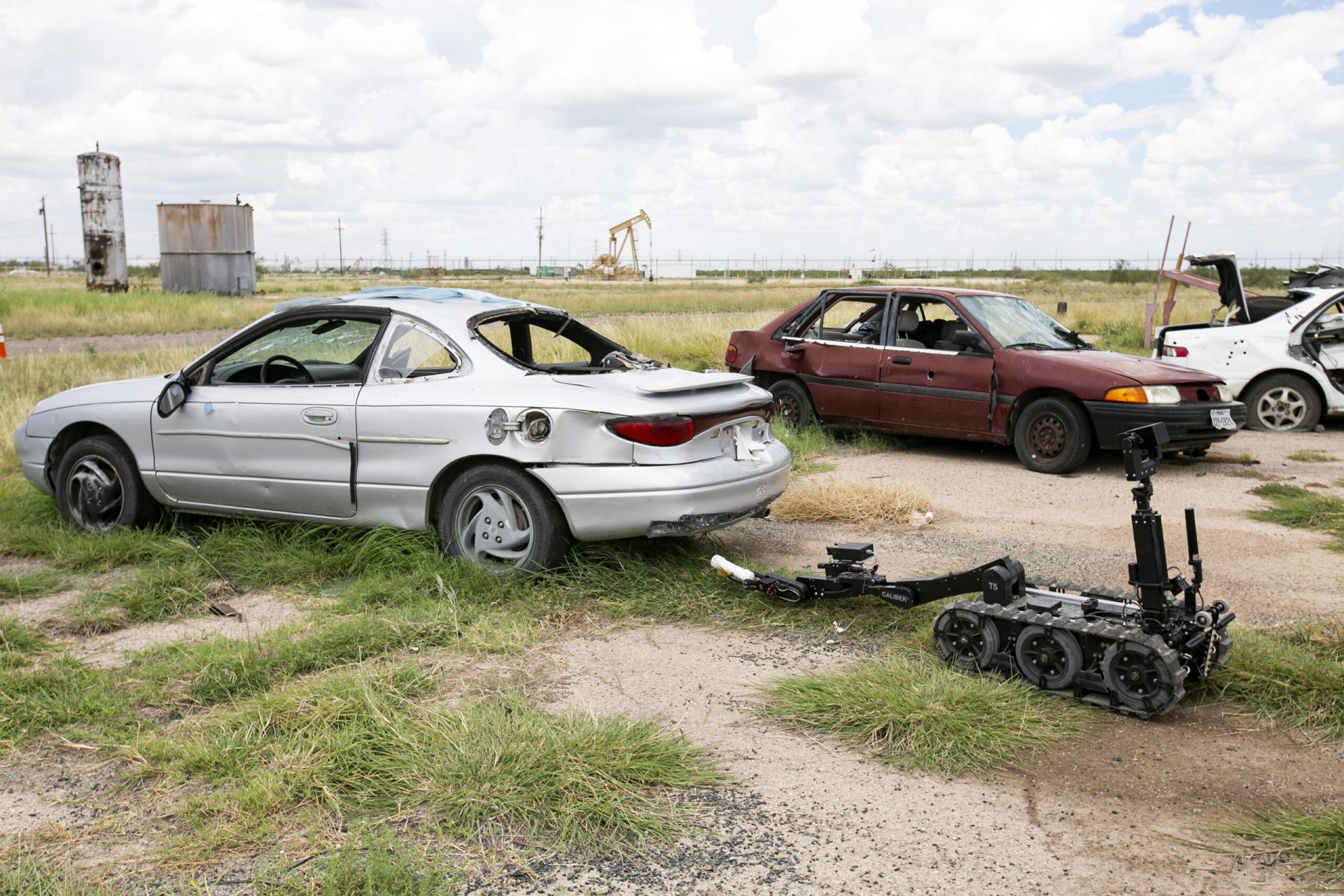