A man in full black bloc behaving suspiciously near a right-wing rally outside the Pinellas County Courthouse in Florida on Jan. 6 was apprehended by deputies after he tried fleeing on foot. Garrett James Smith, 22, was arrested and found carrying an active pipe bomb, Antifa propaganda and a written document on what to bring for his direct action. He had recently returned from Portland, Ore.

An executed search warrant of Smith’s residence he shares with his parents in Oldsmar, Fla. revealed more explosives, tape and nails for use in grenades. Bomb squad investigators from the Hillsborough County Sheriff’s Office and the Tampa Police responded to the home and determined the devices were homemade IEDs. 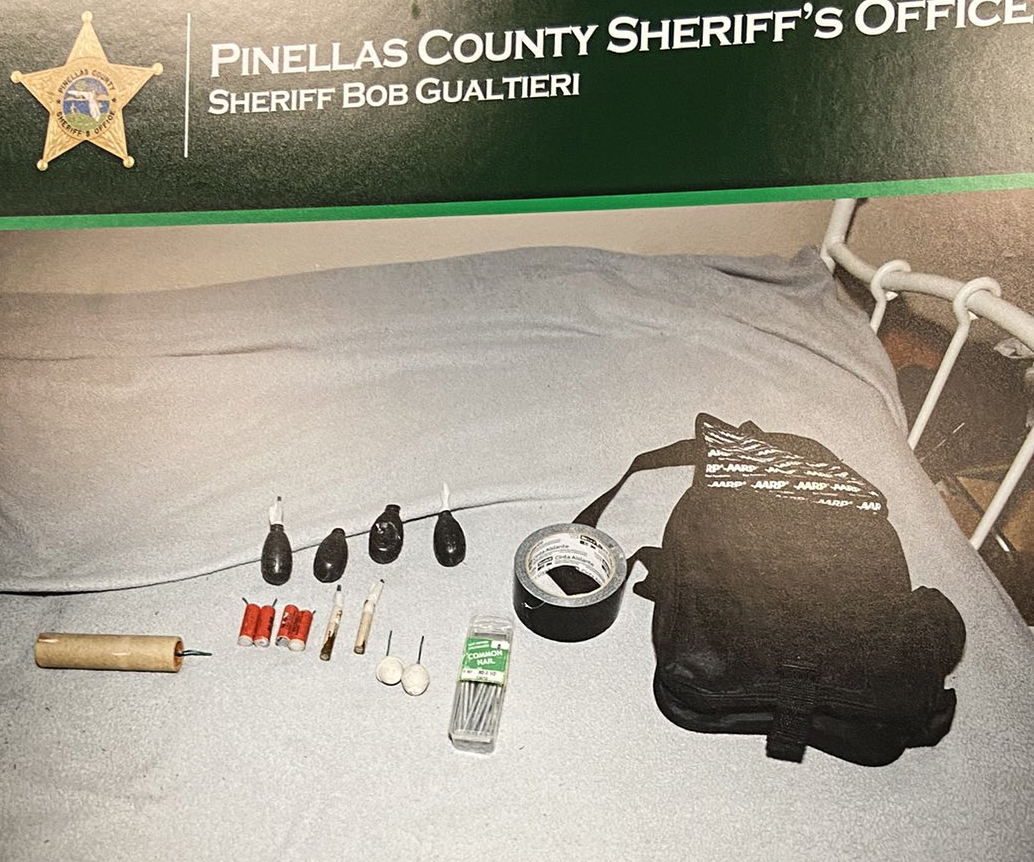